I’m in love with the world
Through the eyes of a girl
Who’s still around the morning after.

And yes, I started watching One Tree Hill… oh, Jake.

Everyone loves novel structuring advice from the experts!

The indomitable K.M. Weiland is at it again with a new writing craft book titled Structuring Your Novel: Essential Keys for Writing an Outstanding Story. We have on occasion posted on each other’s blogs and we like to retweet each other. Today I’m providing a new guest post from her that provides a bit of free wisdom from her latest book. I was given a preview draft of the book and was struck by what an easy read it is. K.M. brings to the book the skill she brings to her blog. It is well-organized, full of lists and to-do’s, the type of book you can pick up and put down as you please and still draw value from it. Without further ado, here’s K.M.

Has anyone ever thought about the things they are good at and been truly glad for it? Like running fast or unfailingly burning toast; sketching comics or creating a world of words. I never really had a moment like that even after so many years of writing. In fact, it was only recently that I started to realise I wanted to be a writer; a dedicated writer, not the whimsical hobbyist I started off as. I can’t say that’s going spectacularly right now, but the new resolve sure makes me feel better!

I was listening to the radio the other day and a pop tune was playing. Now, I have to admit that I’m not a fan of the hot hits on the airwaves these days. Pretty much most music older than me would hold my ear better. So you might say that I might not have had this light bulb moment if ABBA had been playing instead. What I thought was: Gee, it takes a lot less effort to sing a popular song than to write a novel.

Then I scowled at myself because I hate catching myself being judgmental. My dad gave me a pretty funny look.

I righted the thought. All forms of art require effort and time, and deserve respect, whether it’s an abstract spatter of paint or the Mona Lisa. Sure, some products might take less time than others, and some may be more acknowledged than others, but if there’s one thing they have in common, it’s that the people who made them tried to put a little bit of themselves into the process. At least, that’s what I like to think.

Writing a song, practicing it and getting it recorded takes more time and money than radio-listeners appreciate. A single piece of paper with a simple landscape drawn in oil pastels might have taken half the time you expect, but twice the years of experience to get right. Then there’s the actors and actresses, magicians, comedians, etc. No one gets to snap their fingers and have results appear out of sheer friction.

But damn, writing a novel can take a very long time!

And then I realised: I’m actually glad that it does. For the first time in my life, I realised that I was grateful to be a writer rather than another type of creative artist. I knew I was in the right place.

Again, I admit the pop song pumping beats about partying all night and one night stands probably glorified my epiphany. It’s obvious work had to go in to produce such a song and it’s popular for that reason. What I was glad to realise was that to write something, anything, I had to dig so much deeper into myself than I would writing a pop song. The moment I decided to write a novel (more like a series but let’s use euphemisms at this stage), I committed myself to a schedule of headaches and heartaches and feeling like an unproductive slop of radioactive goo. Even if the words I write are utter garbage, I’m still writing them one by one, so slowly. It’s something I’ll be doing for a while, something that doesn’t really have a shortcut. I’m not a fast writer so this pet project could very well take me a decade. And I may not even truly accomplish it.

But I’m still grateful to be a writer, grateful to have something I love and can actually do. Because every spark of creativity is a climb and the longer it takes, the more you see yourself reflected in the final product.

Call me crazy but I write to see myself on the page. I want to see the world through the eyes of a character I brought to life on a plain white page, and breathe in words I wrote one by one. I reckon it’ll be worth it. Just maybe.

I almost did it.

He ran to the edge. The bottomless darkness smiled up at him.

Create a new animal/beast for your fictional world. What does it eat? What scares it off? How big is it? What would your characters do if they met one?

“I’m pretty sure I told you not to go that way.”

If you can look at the power to work as a blessing, you are gifted.
If you can see obstacles and hardship as opportunities to expand, or turn bad to good, you are noble.
If you do not blame and wail, but keep a stiff spine, you have attitude.
If you meet vice and evils beyond your comprehension, and are determined to carry the burden with grace, you are brave.
If you have lived long enough to understand and feel that we are here for each other, and that virtues alone can pour your cup of joy, you have unlocked the unconditional capacity of your heart.
If you have had the chance to grow a rich inner life; to see the beauty in the way people meet challenges, in the way people stand up for themselves and others, then you are lucky.
If you get the chance to live for…

Thanks to everyone who entered the giveaway with their rabbity comments! Names have gone into my lucky hat and one of them has popped out.

The winner of the draw is:

Congratulations, buddy! Please shoot me an email at munchkinwrites@gmail.com so I can send the coupon code over as soon as possible. I hope you can put it to good use!

Again, thank you so much to everyone who took part and spread the word. It was a pleasure to host and I would love to do more of these in the future (this may motivate me to win NaNoWriMo more consistently, haha). Have yourselves a good day! 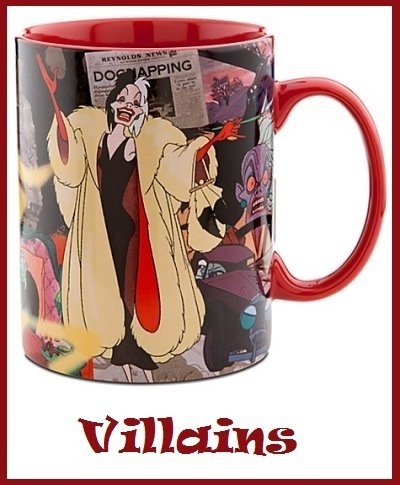 I figured I’d the deadline for this giveaway by one week to give you guys more time. That’s Thursday, 22 August, people! Interested in Scrivener or know anyone who is? Share the word around! I’m parting with this coupon no matter what ;)

On a related note, it looks like the developers of Scrivener have gotten around to releasing a Windows beta for Scapple, their mindmap-ish software. Excitement abound!

I started this blog at the end of April not really knowing what to expect. What am I doing?What do I want to get out of this? Honestly, I had no idea! So I tried reaching out to the writing community, reading up on interesting posts, leaving comments and pretty much having a good time from my computer chair. I didn’t expect anyone to reach back, but you did. Now, months later, I’m pretty sure this was what I wanted all along. You guys made it possible.

I’ve been trying to find a way to thank you guys before Plotting Bunnies even hit 100 followers. Now we’re up to 200 ninja bunnies picking up my posts in their reader. Some of you followed for the sake of following, but I’m always so happy to hear from those who like what they see. Now the wonderful people behind Camp NaNoWriMo…

The old woman’s skinny legs dashed her around the corner before her walking stick even hit the sidewalk.

“She said this would be fun.”

I’ve never had a pillow fight before.

I asked her what the best part of shopping was. She thought for a long moment, frowning. Then something clicked.

A quick writer’s psychology crash course on writing characters of the opposite gender. An interesting read and definitely something to consider during the writing process.

“Perhaps the most fundamental error made by authors, whether novice or experienced, is that all their characters, male and female, tend to reflect the gender of the author. This is hardly surprising, since recent research finally proves that men and women use their brains in different ways. So how can an author overcome this gap to write characters of the opposite sex that are both accurate and believable to their own gender?

In this Dramatica Tip, we’ll explore the nature of male and female minds and provide techniques for crafting characters that are true to their gender.

At first, it might seem that being male or female is an easily definable thing, and therefore easy to convey in one’s writing. But as we all know, the differences between the sexes have historically been a mysterious quality, easily felt, but in fact…

Write Your Own Story

Documenting the chaos of novel writing, reading, and unconventional living!

Write your best story. Change your life. Astound the world.

Fragments of a vast new world, the writing journey, and book reviews.

A Sci-Fi Novel in Progress

Little Flecks of Inspiration and Creativity

Thoughts, Musings and the Occasional Story

The Weekly Musings of a Book Cover Designer

I bring your words to life

Art, Design, Editing, and the Nuances of Storytelling According to Kisa Whipkey